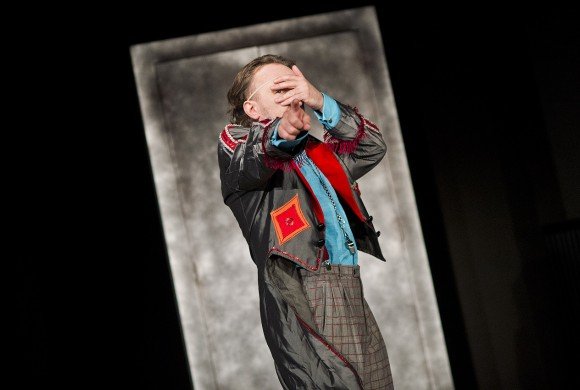 At the Foot of the Ladder

The play is a theatre adaptation of a story by Henry Miller, created at the request of the French cubist Fernand Léger as a text to accompany his series of illustrations devoted to the circus and clowns. It’s the story of Auguste, a famous clown who was able to have his audience in stitches but who wished to give them everlasting joy. Miller’s jester becomes a synonym for the artist and the eponymous ladder for the uncertainty of his fortune. Jacek Majok’s monodrama, directed by Marek Brand, is the result of the Miniatura Theatre’s Actors’ Initiative Stage, a project which brings forth small theatre forms inspired by the actors in the theatre.

"Creating calls for work and effort. Artists climb the rungs of an invisible ladder towards an unspecified goal and at times tend to be seriously detached from reality, especially if they focus too much on the obscure goal rather than on the base from which they started their climb.” – artists on the performance.